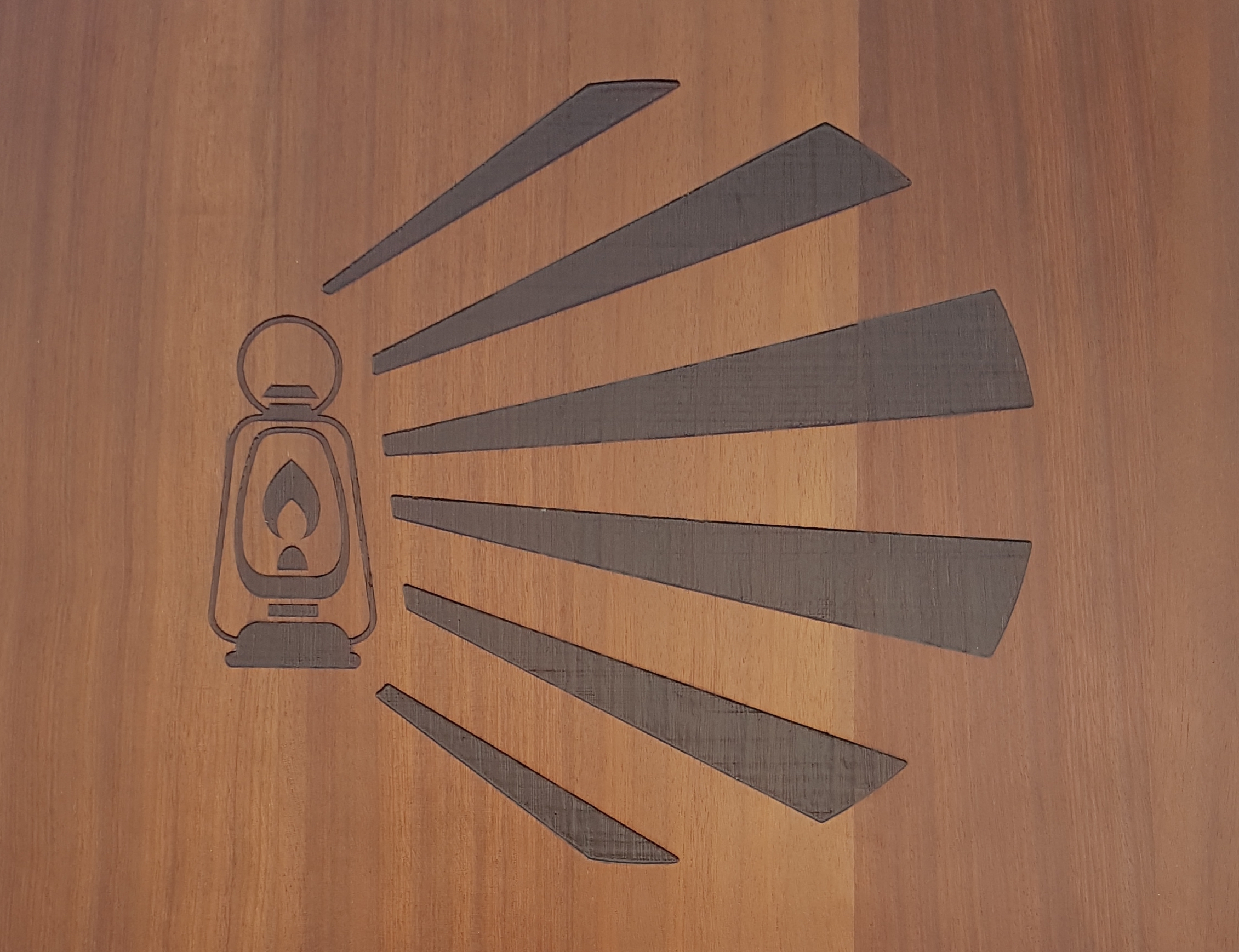 This is a story discovered while walking the Camino de Santiago. It tells of a pilgrim who finds himself lost having taken a wrong turn while walking the Camino. Night falls as he carries on walking until he sees a small light in the distance, drawing him closer. Reaching the source of the light he finds an old man walking with a lantern. The pilgrim asks if the old man can help him find his way back to the path, and the man agrees, inviting the pilgrim to walk with him. As they walk the old man asks the pilgrim why he’s walking the Camino, and listens as the pilgrim tells a story of failure, loss and shame, leading him to walk the Camino in the hope of finding a new way forward. The old man then asks what thoughts have come to the pilgrim along the way, to which the pilgrim replies that he spends his time looking back on past events, or struggling to come up with solutions for the future. Finally, the old man asks if the pilgrim can recall what he was thinking as he strayed from the Camino path; after a moment to consider the pilgrim replies that he can’t remember specifically, but that he’d been mulling over past events. The old man nods as he listens to the pilgrim’s story, never lifting his eyes from looking at the path unfolding with the light from the lantern. Suddenly the old man stops and, turning to the pilgrim, saying that he is now back on the Camino path. “Am I?” asks the pilgrim. “Yes,” replies the old man, “as we’ve been talking I’ve guided us to the path.” The old man carries on; “Trust the path, it will guide you if you pay attention to it.” “But I couldn’t see in the dark.” Replied the pilgrim. “Perhaps,” said the old man, “because you weren’t paying attention to the path at the time you strayed.” Looking into the pilgrim’s eyes the old man offered his latern, “Here, take this, to help you along the way.” The pilgrim hesitates, saying “But don’t you need the lantern, so you can find your way?” Smiling, the old man replies “No. This is my home” indicating a hut close to the path; “Trust the path to always guide you, and trust the lantern to always show the path; the lantern will cast enough light for you to see what is relevant to you.” The pilgrim gratefully takes the lantern, thanking the old man. As he bids the pilgrim farewell, the old man adds “Allow the lantern to also keep your thoughts on what is most relevant, rather than wander. As the lantern provides enough light to see where your feet land and keep you on the right path, so it can also help your thoughts stay on what is most relevant. Be with each moment of the path as it unfolds before you.” Bewildered, the pilgrim nods, turns to see the light the lantern casts on the path and steps forward; the pilgrim and his small light disappearing in the distance.

As the pilgrim walks he follows the old man’s advice, keeping his thoughts and feet focused on the path the lantern lights immediately in front of him. And, as he does so, he discovers his thoughts becoming more focused on his journey. So rewarding is this practise, the pilgrim finds himself doing the same during the day; paying attention to the path immediately beneath his feet, and keeping his thoughts from drifting, by thinking about what is most relevant as he walks. The longer he walks, the clearer he becomes on why he is walking the Camino, until he finally arrives in Santiago, free of his history and ready for a fresh start; thanks to the wise old man and his lantern.